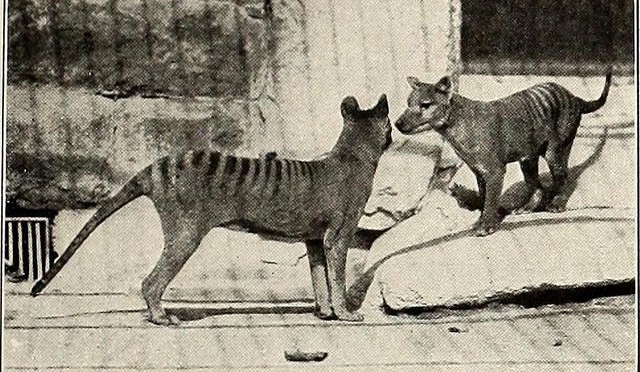 Some of us work better under pressure — which might explain why some scientists have come up with amazing, outlandish, innovative, and sometimes controversial ideas in response to climate change and the mass extinction of species. This week, we’re sharing three “out-there” ideas from scientists and designers in response to the current environmental crisis.

TED Talk: The Dawn of De-Extinction
Stewart Brand has a decades long history as an environmentalist, entrepreneur, and cultural icon. In this TED Talk, he explains the concept of “de-extinction,” and how it could be achieved by genetically engineering living specimens of extinct species.

Colonizing Mars
Scientists have identified Mars as humanity’s potential next “new world”. The problem is that it is many degrees colder than the coldest Illinois winter — too cold for humans to live on. Some scientists have been taking cues from global warming to develop ideas for how to make Mars warm enough to live on. Buckle up:

Solar-Powered Fashion
What are two things we carry with us all the time? Our clothing and our cell phones. One designer came up with a great idea to fuse textiles and solar technology in order to create fabrics that could charge your phone. Not only would this be convenient, but it would help make our clothing more valuable to us and longer lasting, so that we can start to take steps to reduce the fashion industry’s considerable impact on the planet.

These ideas are cutting-edge, and some of them may not exactly be practical yet. But, it probably wasn’t too long ago that the idea of a smart meter seemed pretty far out, right?

What do you think of these ideas? Leave a comment below.