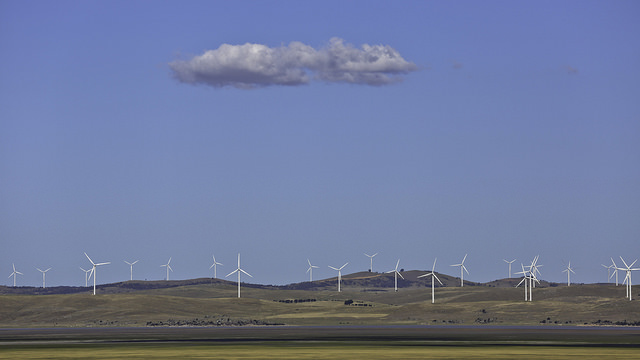 Did you hear the news? The International Renewable Energy Agency (IRENA) released a report saying that the renewable energy industry employs more than 8.1 million people worldwide, which is a 5% increase since last year. In fact, the U.S. beat worldwide growth — with a 6% increase in renewable energy jobs! That’s something to be proud of.

Interestingly, the solar energy sector seemed to really drive the change. In the U.S. there was a 22% employment increase, which IRENA says is 12 times faster than job creation in the U.S. economy writ large. Growth in the wind energy sector was a close second.

And, to drill down even more — Illinois seems to be following this trend. In 2014, we surpassed 100,000 clean energy workers, according to Clean Jobs Illinois, and they anticipate as many as 7,860 new jobs over the course of the next year. That’s ambitious, but maybe — given some of our recent stories on training fields and new partnerships — not too surprising.

But what does all of this have to do with the smart grid? By upgrading our electrical grid, we’re able to take better advantage of renewable energy sources like solar and wind, moving toward more clean energy jobs and a greener planet.

Are you one of Illinois’ clean energy workers? Give us a shout and tell us about your job on Facebook, Twitter, or in the comments section below.