Green Tech Innovations Making Waves in Illinois and Beyond 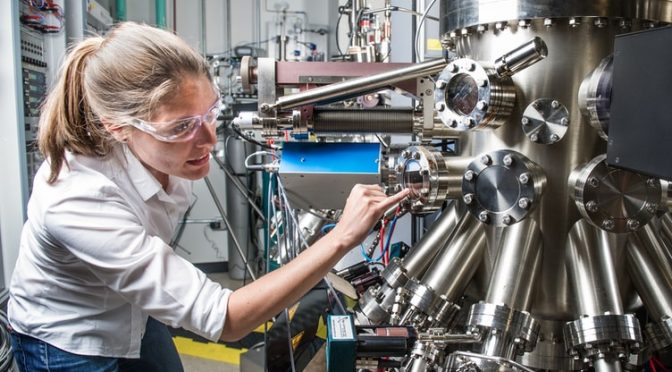 In the past decade, growing interest and funding in green energy technology have resulted in some amazing new developments to make our world healthier. In just the last couple of years, researchers started using supercomputers to map out the expansion of wind power and tech startups have started using data analysis to provide predictive tools for energy retailers and grid operators based on residential & commercial smart meter data. As we move forward, discoveries and innovations in green technology will continue to make their way further into the consumer market and our everyday lives, helping us use less energy and save money in increasingly efficient ways.

Take a look at these green tech innovations that we’re excited about, many of which originated in Illinois!:

Based in Galesburg, IL, this company has brought the production of residential, commercial and industrial water heaters back to the United States, and they are taking it into the future with innovative tech applications. Intellihot delivers instant, endless hot water for homes and businesses with up to 40 percent more energy efficiency than traditional heating methods to save space, energy and money. In addition to touch screens on each unit, Intellihot’s mobile app allows users to check water inlet/outlet temperatures, flow rates, flue gas temperatures, combustion rates and more. The company was awarded a commercial license by NASA to redesign and incorporate NASA’s Fully Premixed Low Emission, High Pressure Multi-fuel Burner into its entire product line.

Hazel® is a little packet that keeps produce fresh throughout the supply chain and retail shelf life by releasing a chemical called 1-MCP for up to three weeks. 1-MCP is a synthetic plant growth regulator used commercially to slow down the ripening of fruit by conditioning the storage atmosphere to reduce respiration rate and increase resistance to plant hormone ethylene. Hazel Technologies is dedicated to reducing food waste, and their multidisciplinary team is innovating, researching, and developing new solutions in the agricultural and horticultural sciences from their headquarters in Chicago and Salinas, CA.

LuminAID is an inflatable solar lantern that packs flat to be cost-effectively distributed after disasters. A group of architecture students in New York City designed this lightweight, rechargeable lantern after the 2010 earthquake in Haiti left survivors living in dangerous tent cities in total darkness at night. LuminAID serves as a safer alternative to hazardous candles or toxic kerosene for people without stable access to electricity, but they are also sold for camping, backpacking and emergency prep. While building up their company in Chicago, Illinois, the founders appeared on Shark Tank in 2015 and made a deal with billionaire Mark Cuban, their first major investor. Supporters can send a solar lantern or phone charger for the cause of their choice through LuminAID’s Give Light, Get Light program.

Sistine Solar helps homeowners and businesses go solar in style. Their patented SolarSkin technology adheres to any traditional solar panel, no matter what color, style, or pattern; residential customers can choose finishes that blend in with their roofing, and commercial clients can customize image panels with company branding. Some homeowners in commercial buildings and subdivisions with strict codes have a hard time getting approved to install solar panels based on how they traditionally look, but Solarskin allows them to keep their curb appeal while using solar energy!

Just launched in April of 2020, VGrid Energy Systems’ BioEnergy Server 100 converts biomass (agricultural waste, such as nut shells, tree prunings, and manure) into electricity and a form of ultra-pure, highly porous carbon. It’s easy to see how energy production from waste will be a huge benefit for the environment, but the carbon byproduct has several different uses as well. Besides water and air filtration, odor elimination and soil amendment, it has been certified as a cattle feed additive to bind toxins, cure or prevent SCOURS disease, and possibly improve feed efficiency while reducing methane emissions.

Headquartered in Normal, IL, Rivian is making it possible to enjoy long road trips and adventures in the great outdoors without leaving behind a carbon footprint. While these vehicles look like pickup trucks and SUVs from the outside, the inner workings are almost unrecognizable: four independent motors connect to a flexible “skateboard chassis,” creating more room where a traditional combustion engine would be. This innovative design featuring air suspension and hydraulic roll control also makes for superior handling around tight corners and through tough terrain, making Rivian vehicles as fun to drive as they are eco-friendly.