To Eat Meat Or Not To Eat Meat…Is That The Question? 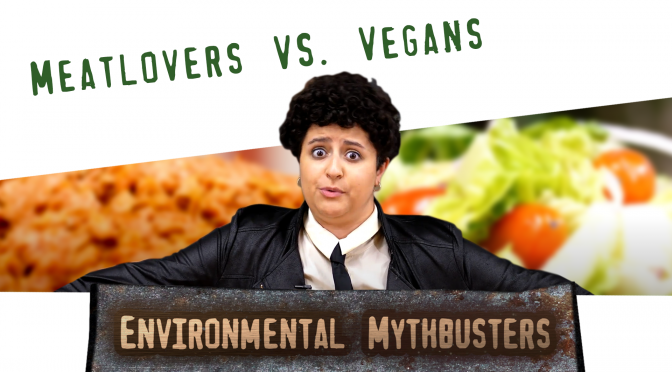 A tale as old as time, or so it seems, is the battle between meat-eaters and vegetarians. Whichever camp you find yourself in or closest to, maybe it is time for a little compassion for the other side. Rocky loves his meat, and Rosa loves her greens. That doesn’t mean they are on opposite ends of a broken bridge. The most important aspect of sustainable eating is finding the sustainable diet for you and understanding what works for you might not work for your friend or neighbor. Adjusting your diet to better impact the environment doesn’t have to be all or nothing regarding meat and meat by-products.

There are proven reasons why reducing your meat consumption and down-sizing the ever-growing meat industry would be beneficial, not just for the climate but also for people and animals alike. There are four major categories in which scientists can see the massive meat industry’s negative impact. We’ll briefly explore them here to give an overview of why reducing meat consumption is another way to curb our carbon footprint and improve global health.

What Can We Do?

Maybe going entirely vegetarian sounds like an impossible feat, and honestly, it might be for many people. What can be done is mindfully eating less meat throughout the day or even incorporating a few days out of the week to go, “meat-less.” Even these small steps will reduce the overall demand for meat.

Another mindful way to combat the meat problem is to source certified cruelty-free meat. Ensuring that the meat, dairy, and eggs you consume come from farms committed to sustainably and humanely raising their animals.

If you’d like to learn more about all of these aspects of the effects of the meat industry on our planet, visit WhyEatLessMeat.com, a reputable source that gives full and cited information on the issues of meat-centric diets for high-income countries.