Are Microgrids the Perfect Power System? 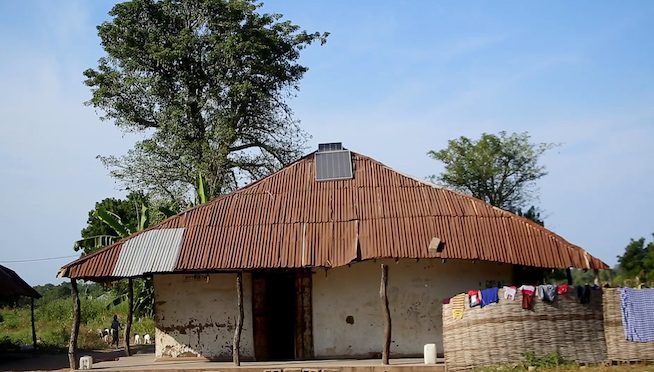 The Microgrid is a Perfect Power System.

According to the Center of Climate and Energy Solutions, “Microgrids are relatively small, controllable power systems composed of one or more generation units connected to nearby users that can be operated with, or independently from, the local bulk (i.e., high-voltage) transmission system.” In addition, Microgrids can utilize multiple power sources to not only deliver but store electricity. There are four distinct benefits of increasing microgrid usage across the country.

As Dr. Mohammmad Shahidehpour, director of the Robert W. Galvin Center for Electricity Innovation IIT and a specialist in creating and managing power systems, tells us in the video above, all of the microgrid benefits could change the lives of millions of people across the globe struggling without access to electricity.

Perhaps you’ve been reading this and wondering about a more famous microgrid that dominated the news earlier this year, Texas’s “microgrid.” To begin with, Texas’s grid though smaller than the nation’s interconnected macrogrid, is still a very, very large grid. Though blame was thrown at various aspects of the state’s grid,  the most basic danger [wasn’t] being discussed: Big grids by their nature are prone to big failures.” Texas’s power system operates as an island unable to draw power from surrounding states in case of emergency. In addition, the state’s lawmakers and ERCOT (Electric Reliability Council of Texas) continually ignored proof that weatherization and upgrades to the power structure were necessary. The catastrophic failure of the Texas grid is not a reflection of the ineffectiveness of microgrid technologies but rather a reflection of the danger of poor management and policy-making. For more details on what went wrong in Texas, please visit the article, “How Texas repeatedly failed to protect its power grid against extreme weather” from the Texas Tribune.

The IIT microgrid was the first perfect power system of its kind in the United States. In a partnership with the Galvin Electricity Initiative and the United States Department of Energy, the university solved many reliability issues. However, the past electrical system of the campus was designed and built in the 1960s or earlier, and in the early 2000’s it became clear that the system was not able to handle the growing technology demands of the university.

A 2017 article with WTTW spoke with Dr. Shahidehpour, who stated,“…at IIT when we built this system the primary reason was reliability. Before we had this microgrid, we spent quite a bit of time and money – energy basically – managing outages.” The current microgrid supplies most of the campus’s 52 buildings with energy and provides the opportunity for experimentation and innovation. In addition, the microgrid is an economical learning tool for the university.

We hope these videos have sparked the excitement for new possibilities with microgrid technology as much for you as it has for us! If you’d like to learn even more about microgrids, check out Microgridknowledge.com.